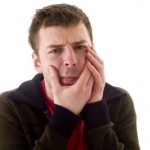 Root canal treatment is a dental procedure that is spoken about quite often, but many people don’t fully understand what it means.

The root canal is the inner workings of a tooth and runs from the visible crown of the tooth to the roots underneath the gums. Because of the importance of the root canal, root canal treatment is obviously vital should infection occur.

What does the treatment involve?

The treatment itself can mean two different things, depending on the level of damage and the amount of bacterial infection the tooth has sustained. The treatment will involve the removal of the damaged and decayed pulp (the inner material within the root canal) and then it will be filled, before restoring what can be saved of the rest of the tooth.

While the procedure involves delving into the middle of the tooth, the treatment isn’t as uncomfortable as it sounds, as you will be given local anaesthetic to numb the pain. It has often been commented that the only uncomfortable sensation is the feeling of the dental equipment in the mouth, a sensation that can be further reduced, if needs be, with nitrous oxide, or ‘laughing gas’.

The need for root canal treatment can be caused by a number of reasons, the most common of which are tooth decay, bad dental hygiene and leaking fillings, or trauma damage (for example, if you hurt your tooth during a fall).