Aug 20th, 2012 The magic of Mini-implants in the City of London Get in touch 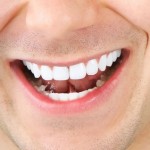 Whenever you have to have teeth replaced, for whatever reason, there is an over-riding fear that at some point during a conversation or during dinner, the new fitting may fall out, causing a lot of embarrassment to yourself. This is especially true for anyone in the city of London that so happens to wear dentures, after all, the point of having teeth replaced is to ensure that only you and a few people close to you know that you have a prosthetic fitting. But thanks to the leap forward of technology in dentistry, this problem has been virtually eliminated thanks to the arrival on the scene of the mini-implant and it is a simple operation to have done. Lasers and computer aided placements have made having an implant fitted into the jawbone as quick as having a root canal. In fact, multiple implants can set in your mouth in as little as a few hours and they are just the ticket for holding in those new fittings. With bridges that cover the loss of several teeth, they can be anchored onto an implant in the middle, providing tremendous support- they can also be used as roots for smaller crowns in tooth replacement. But the mini-implant has truly given denture wearers the greatest freedom of all; with a handful spread around the mouth, they locate into the dentures and lock them tightly against the gums making them far more reliable and stronger than adhesives- of course, use both and it’s like having your teeth back once more.