Mar 24th, 2014 What Choices Does A London Dentist Give You When It Comes To Fillings? Get in touch 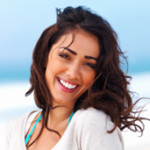 Fillings are one of the most common dental treatments. Fillings are usually recommended when a patient has a cavity.

There are two main types of filling: silver mercury amalgam fillings and white fillings. It is also possible to get gold fillings.

White fillings are made from dental composite and resin and they are very popular because they cannot be seen. The composite is matched to the colour of the natural tooth, so that it is impossible to tell the difference between the normal tooth and the filling. White fillings are not quite as strong, but they are hard-wearing and they should last for around seven years.

Why would I need a filling?

If you have a cavity, a hole caused by harmful bacteria, you may need a filling. Fillings make the tooth stronger and they also help to stop the spread of bacteria infection through the tooth. The filling procedure is simple and it doesn’t hurt because the tooth is numbed first.

White fillings tend to be more expensive than silver fillings, but many patients are willing to pay the difference for a more aesthetically pleasing finish.